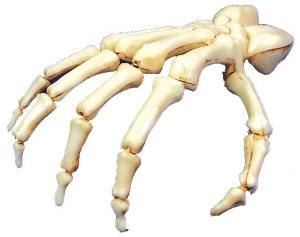 Remember that scene in Titanic where Cal tries to bribe Murdoch to get a seat on one of the lifeboats? Murdoch throws the cash back at him, telling Cal that "it can't save you, anymore than it can save me." The scene is indicative of market dynamics when resources run short. In these situations money no longer matters, it's only access to the resource that counts.We are seeing all sorts of resource grabs throughout the world. Russia grabbed the gas, and is going after the nickel. China is going after Tibet's copper, lead, iron, and zinc. And Nigeria is open for business, inviting hordes of international speculators to develop their abundant minerals. Of course, the US seems to have an obsession with a black goo.

Information technology is a resource intensive industry. It requires loads of energy to run, and lots of raw materials, particularly metals, to make cellphones, computers, what have you. Some of these materials are running a little short. For example, columbite-tantalite, a metallic ore used to create capacitors for electronic equipment, is in pretty short supply. A lot of it came from the Congo, where it fuelled a bloody civil war that left 3 million dead. Egypt is now a supplier as well, but there is less and less to go around.


Tin is also in short supply and has rocketed up in price; in fact, the world probably only has a 20 year supply left. This will effect almost all electronic goods, primarily because RoHS requires lead be eliminated from solder. Tin happens to be the best alternative.

Finally, we have energy. Microsoft and Google are well ahead of the game, both of whom are building data centers in the Northwest to take advantage of the 2 cents a kilowatt-hour hydropower that is available. They need the cheap juice to support the hundreds of millions of users doing searches and checking email. Incidentally, they supply these services as 'free' to end users. Although I do believe that it is probably the most efficient way to provide these services, it doesn't seem to be as free as it sounds.

Posted by Mark Ontkush at 4:52 AM
Labels: raw materials