Ecoiron dropped under 2,000 on Technorati yesterday, two months after dropping under 3,000! Thanks guys, you're the best, I'll keep cranking it out.

Uptime is a measure of the time a particular computer system has been "up" and running. Not surprisingly, it's the opposite of downtime, when a system is not operational. In geek cant, uptime is sometimes measured in nines; "Three nines" gives you 99.9% reliability, about 8 hours and 46 minutes of downtime a year. The gold standard is "Five nines" - 99.999% reliability, which translates to a total downtime of no longer than five minutes per year.

At first glance, it would seem that you want to keep your site up as much as possible, lots of nines. Problem is that it turns out to be exponentially expensive to do so, both cost-wise and e-wise, because massive redundancy is required to support more reliant systems. Instead of one server, you need several... instead of one 9 to 5 support employee, you need around-the-clockers... instead of one power line, you need several, and going to different substations. All this leads to a Malthusian eWaste accumulation, increased labor expenditure, and according to the Uptime Institute, unsustainable power consumption. And one more thing; it's impossible.

Fact is that five nines is simply impossible for a long period of time. Remember, 5 nines is 5 minutes of downtime a year. So, if your site is out for an hour, it must be up non-stop for the next 12 years to hit your number - wholly unlikely. Good news is that this is hardly a business killer; for example, according to Pingdom, even eBay is only good for three nines over a long period. Seems like they are doing fine.

The stark truth is that most companies don't need five nines. It sounds great in boardroom meetings ("If this saves one life, it's worth it!") and fills the pork barrel for those IT directors looking for a new project. But the numbers just don't make sense for most industries; studies show that three nine design is fine for most retailing applications. Yeah, if you are Walmart you need it for your transaction processing. Yeah, if you are LAX and a computer glitch leaves 17,000 passengers stranded, you need it. But for the vast majority of cases, there's not enough return on investment (ROI) to justify the cost to your business and the damage to the planet. Good enough is in fact good enough. :: Cnet
Posted by Mark Ontkush at 9:22 AM 2 comments:
Labels: 99.999, good enough computing, uptime 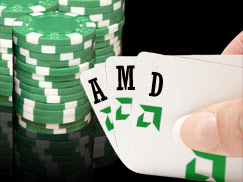 Ted Sampson over at Infoworld writes a nice column on sustainable IT which is a good read. His latest deadpans a briefing about AMD's energy efficient quad-core processor, where a journalist asked if AMD would be hurting its own sales with the release of its newest energy-efficient chip, code name Barcelona. The reasoning is as follows: If AMD is selling a processor capable of doing twice as much work as its previous CPU, wouldn't that mean that organizations will end buying fewer products from the company? Plink.

Oh, absolutely not. As explained, the underlying, mistaken, assumption is that companies have essentially maxed out their processing and storage demands and have no need to grow any further. Apparently, after you the empty half your datacenter using green techniques like virtualization, and equipping servers with energy-sipping chips, the premise is that you will fill it right back up again with more servers. To, you know, accomodate for the growth of your company's IT needs.

I sympathize with what AMD is trying to do, really, and I have made some glowing remarks on their progress. And obviously no org is going to suggest at a press conference that they are going to put their chipmakers, datacenter architects, and hardware vendors buddies out of business by selling more energy-efficient wares. But this fart-in-a-spacesuit logic catches me between laughing and taking the matter seriously; are we really to believe that the rationale for implementing a green tech solution is to just buy more equipment to satisfy our insatiable build-out of IT? If you believe that one, got a nice bridge in lower Manhattan to sell you. :: Inforworld

Posted by Mark Ontkush at 9:17 AM No comments:
Labels: amd, barcelona, virtualization 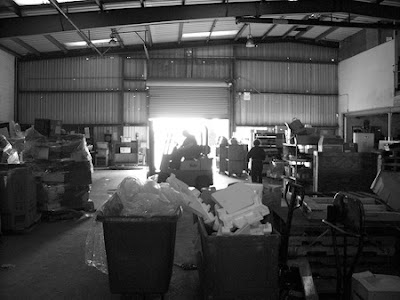 The good people at the Alameda County Computer Recycling Center, a fantastic Berkeley, California-based non-profit group that recycles anything that plugs into the wall, is now under siege by the EPA. Its director, James Burgett, is a champion of the do-it-yourself culture, and has won many awards for his efforts to get used electronics back on the street. As the ACCRC slogan goes, "Obsolescence is just a lack of imagination."

Now though, the ACCRC is in trouble. The Department of Toxic Substance Control of the California Environmental Protection Agency has issued the ACCRC a violation that could make it very hard for the group to stay in business. The violations center around the fact that they computers are classified as universal waste, and must be inventoried and disposed of properly. What is ironic is that households are not subject to such rules - it is only because they are a collector of such materials that they are under the lens.

After reduction, reusing electronics is the best way to promote a sustainable computing practice; I have recommended giving them away and in fact, the Federal EPA recommends this practice on their own eCycling site. Uh, just like you say, the three R's are a hierarchy.:: Boing Boing :: BAN

The Twin Peaks of PC Design 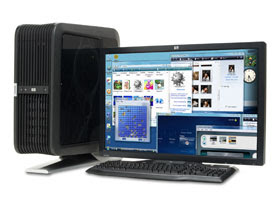 I appreciate good design using quality materials that get the job done. Apple, for example, was applauded mightily when their iPhone was released, suggesting it may be the last phone you will ever buy.

Drawing a page from Apple's rulebook, we are now seeing PCs that also focus on extreme parts and fine design; take the HP Blackbird, pictured. Retailing for around $5500 [sic] without the monitor, HP stuffs the all-aluminum case with overclocked processors, Voodoo video cards, a 1.1 Kilowatt power supply, and liquid cooling. It even has it's own little tool kit built in. Oh, and a big aluminum foot that allows for 6-way cooling.

HP's design team is sounding the right note, but the pitch is off. After you cut through the flashy-flash home site and novelty of the high-end parts, what you have is... a PC. A square, black PC. With a probable three year lifespan. And a huge power supply. And a huge eco-footprint. For around $5500 [sic].
Here's another design, the Lenovo A61e desktop. Boing Boing ripped it up; the energy savings are overrated, and the parts are billed as 'reusable' and recyclable', not 'reused' and 'recycled'. But it is EPEAT certified, is Gigabit Ethernet capable, has a 85 percent efficient power supply, the processor uses 45 watts, and it only costs $400. Granted, the name stinks (A61e? C'mon!) , and it's not much to look at. Somehow though, it's just more appealing. :: PC World :: Boing Boing

Posted by Mark Ontkush at 9:09 AM No comments:
Labels: blackbird, HP, iphone 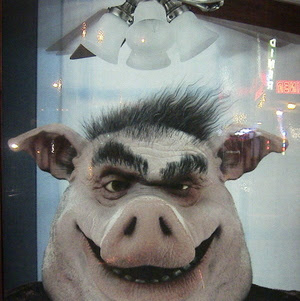 Commercial buildings are responsible for about 20 percent of the United States's greenhouse gas emissions; encouraging landlords and tenants to cut power is a great way to fight global warming. Problem is, many states have regulations which allow only one meter per building, and charges are generally divvied up by square footage. So even if Tenant A takes measures to cut electricity consumption (installing CFLs for example) but happens to have the biggest suite in the building, it'll get stuck with the biggest utility bill. And though Tenant B might lease offices half the size of Tenant A's, they will pay far less even if they are an energy hog and use more power than its green neighbor. It's a classic tragedy of the commons.

But last week California regulators moved to remedy that conundrum by allowing utility PG&E and building owners to install meters for each tenant. The idea is that "submetering" will provide an incentive for tenants to conserve energy by making them pay only for the electricity they actually use. Presumably, the other two big California utilities, Southern California Edison (EIX) and San Diego Gas & Electric (SRE), will be able to implement submetering as well.

PG&E and the Building Owners and Managers Association - which manages 600 million square feet of office space - have already agreed to implement submetering; estimates are that this agreement alone will eliminate the construction of a 320-megawatt gas-fired power plant. Conservation begins with the wallet; thanks for adjusting the rulebook. :: Green Wombat

Nuclear, Tech and Solar Duke It Out for Rare Metals 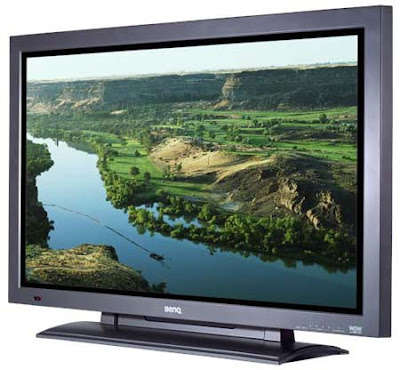 Metal scarcity is pushing some of the world's biggest industries into a regular Battle Royale, as they struggle to obtain enough raw materials to continue operations. Metals are chemical elements, and prized for their unique properties; usually no synthetic replacement can be developed. New Scientist magazine reports that the world is running out of several rare metals used to form key components in high-tech devices, including cell phones and semiconductors. The article mentions that supplies of indium, used in liquid-crystal displays, and of hafnium, a critical element for next-generation semiconductors, could be exhausted by 2017.

That's a problem, but a bigger one is other green (solar) and maybe-not-so-green (nuclear) industries need these minerals as well. For example, manufacturers of solar panels require large amounts of copper, indium, gallium and selenide. And hafnium (currently $187 per kilogram) is used for control rods in nuclear plants. It's only going to get more pricey - if current predictions for hafnium supply and demand prove accurate, in a decade we could be out of it.

Good news is that estimates of the available reserves of these elements vary widely, and can change daily - a significant find of indium was recently reported in Bolivia for example. But with the current crunch, it could mean that some of the rarest and most precious building blocks of the information age could vanish far quicker than previously thought, and make it tough to transition into new energy-related technologies. Do you really need that new computer? :: Information Week

Eco-Groups and FSF Meld - Freedom and Greenery for All 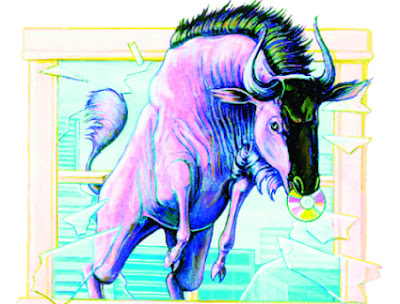 Tree hit free this week; several environmental groups (the Green Party, New Internationalist, Friends of the Earth International, and People and Planet) signed a statement with the Free Software Foundation (FSF) to promote their common interests. You may not have heard of the FSF but you are almost certainly affected by them; their products compose most of GNU/Linux, a popular alternative operating system used to host web servers and the like.

The statement outlines a two point plan (1) reject Microsoft's Vista operating system, and (2) encourage the adoption and use of free software. From the E-standpoint, point one is obvious - the porcine hardware requirements of Microsoft Windows Vista are well known, with some surmising that a Vista upgrade layer will be visible in landfills in the year to come. Bad Vista? No question.

The second point - espousing the earthly delights of adopting free software - is more esoteric, implying that freedom is akin to eco-friendliness. There's a few good ideas here - prolonged dependence on exclusive tools and technologies is not sustainable, monopolies are antithetical to grassroots social change, globalization is not all bad - but it's a bit long-armed. When I interviewed Richard Stallman, the famed founder of the FSF, he agreed, suggesting that distinctions are useful between the the environmental and free software movements; the world is far too complex to be cast as a single issue.
It's a interesting point - it is easy to fall into the trap of thinking your issues, green or no, are as important for everybody. Placing them in a community framework helps to build strength, and is commonly seen with items such as fair trade and labor practices in association with the environmental movement. Great to have another ally. :: FSF :: New Statesman
Posted by Mark Ontkush at 7:38 AM No comments:
Labels: fsf, gnu/linux
Newer Posts Older Posts Home