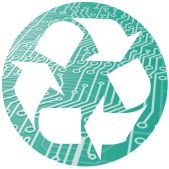 You don't often think of environmental regulations when it comes to purchasing electronic equipment. But they're coming, and they are coming fast. The WEEE directive is one of the big daddies that is getting the ball rolling. WEEE is mandated in Europe and must be compiled with by July 2007. The sad thing is that 25 percent of IT directors are unaware of WEEE, and 40 percent don't understand what it means. The short of it is that it means two things. One, you will need to deal with your IT waste or be fined for improper disposal. Two, there is more of this coming; WEEE is mandated in Europe, but other countries are rapidly creating their own 'WEEE-like' laws. England, for example, is ready to ban the incandescent light bulb. Use any of those?
Posted by Mark Ontkush at 4:42 PM

Hi Mark. FYI, two Brazilian states passed waste laws with extended producer responsibility for WEEE as far back as 2001. Not as comprehensive as the EU's WEEE Directive, and still not fully enforced, but indicates how early the concern jumped the Atlantic. Several other Brazilian states have followed suit. Now Argentina, Chile and Colombia contemplating similar steps. Mexico has several states that do not impose WEEE requirements directly, but instead require EEE companies operating in their jurisdictions to prepare comprehensive waste management plans that must include provisions on how they will ensure proper handling and recycling or diposal of their end-of-life products -- almost WEEE regs by the back door, you might say.

And did I mention that a WEEE bill patterned after the EU directive is now pending in Puerto Rico?

I have on my (now very long) list of pending Temas Blog entries one on this subject (as you know, I've done others, such as the one on end-of-life cell phones in LAC). Hope to get to it soon, and hope you'll give me some comments at the blog on it once it's up. LOL